L.A. Theatre Works brings its signature radio-theater hybrid style to the Mother Lode Theatre! Written by Gregg Oppenheimer—son of I Love Lucy creator, producer, and head writer Jess Oppenheimer—Lucy Loves Desi: A Funny Thing Happened on the Way to the Sitcom is the hilarious true story behind the beloved TV comedy.

With its onscreen pairing of Lucille Ball and Desi Arnaz, I Love Lucy remains one of the most popular TV shows in history. Who would have thought that to get on the air, they had to battle both a network and a sponsor who thought the show couldn’t possibly succeed?

“This is a comedy about the comedy business,” says Oppenheimer. “It’s a true story, but sometimes it almost feels like an episode of I Love Lucy itself.”

Much of the play is based on Jess Oppenheimer’s memoir Laughs, Luck…and Lucy, which Gregg co-authored with his father. The audience might be surprised to learn that necessity drove many of the show’s famous groundbreaking innovations: the multi-episode story arc, the baby story line, the flashback show, and the rerun were all devised to address Lucille Ball’s surprise pregnancy (and maternity leave) in the show’s second season.

Need a room? Get special hotel rates through our website. 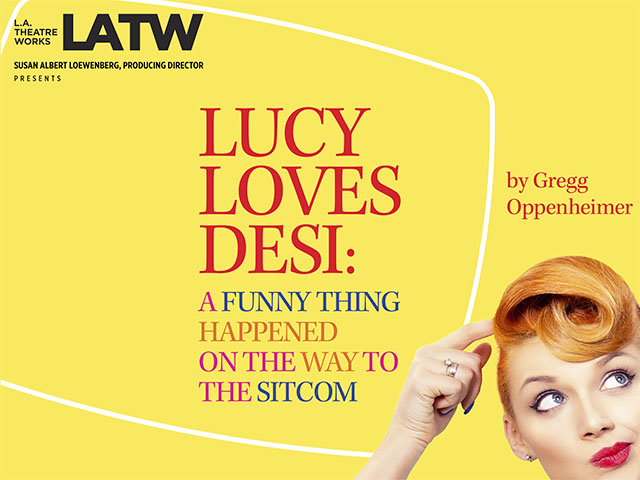