Based on the fairytale by Hans Christian Andersen, The Tinderbox is a comedy film set in modern-day Butte, Montana using the City’s scenic backgrounds and beautiful Uptown locations.

Directed by Elizabeth Cox and the late David L. Butler (whose cinematographic credits include Apocalypse Now, Terminator 2, The Black Stallion, The Blues Brothers, and countless other films) The Tinderbox tells the story of a shell-shocked Soldier who returns home to Butte and falls in love with a beautiful young woman who is kept locked in a tower by her paranoid father. Wracked by poverty and mental illness, the Soldier can only dream of ever being with his love. …Until one cold, dark night when he discovers that the old tinderbox on his mantel will summon an oversized, inebriated leprechaun who can bring him anything he desires in the twinkling of an eye.

With an anticipated rating of PG-13, The Tinderbox comedy film contains mild crude language and substance use that may not be appropriate for young children. 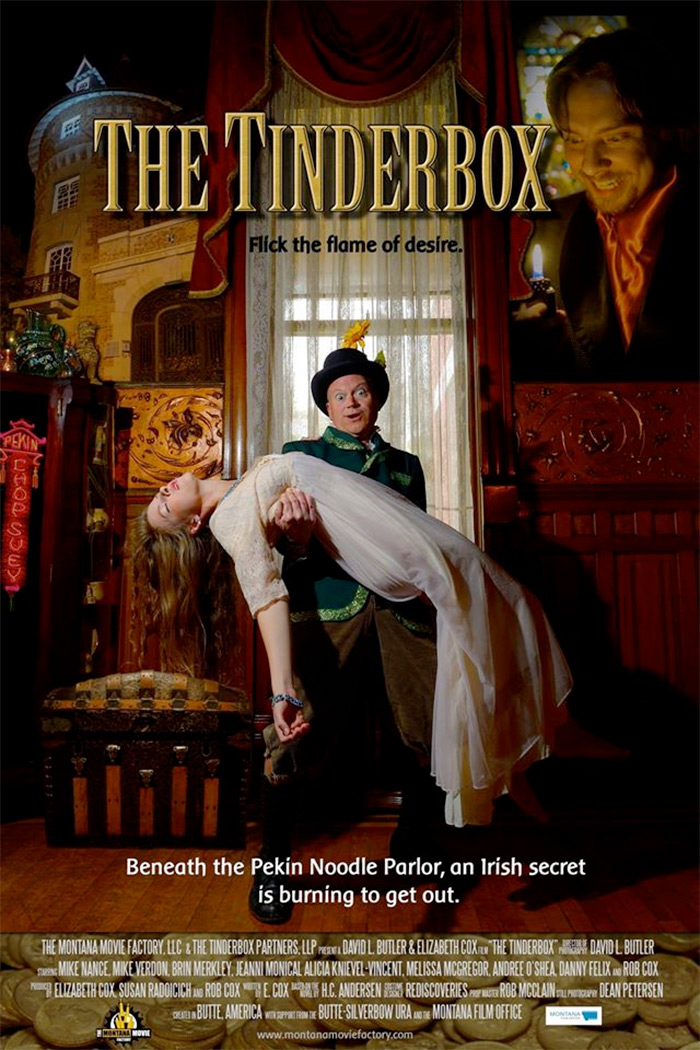